WHAT’S IT ABOUT?  A comparison of ridesharing platforms Lyft and Juno using the Three Pillars of Customer Acquisition.

INSIGHT:  Companies that compete strictly on price leave money on the table, as discounts, lower fees and commissions don’t necessarily translate into higher engagement or empowerment.

It’s All About Customer Acquisition

Engagement, education, and empowerment are the cornerstones of good customer acquisition. I introduced the concept in a previous article entitled, “The Three Pillars of Customer Acquisition”. Any company that is serious about customer acquisition must have a laser-like focus in these three key areas. To drive this point home, I included a case study comparing Netflix and TiVo. In this article, I take a look at Lyft and Juno, two companies competing in the ridesharing services segment.

Lyft’s IPO Gives It a Much Needed Lift

Lyft Inc (NASDAQ: LYFT) debuted in a highly-anticipated IPO on March 29, 2019. The stock closed up almost 9% above its offering price on opening day, giving Lyft a market valuation of $26.4 billion. The fact that Lyft was first to go public before Uber is a testament to the company’s scrappiness as an underdog.

According to a story published by the Wall Street Journal, Lyft survived Uber’s determination to starve the company’s access to the capital markets. Uber’s efforts were so effective that it caused worry among some of Lyft’s early investors. Despite this, the company was able to grow using unusual fundraising sources and capitalizing on Uber’s missteps.

Lyft’s IPO is the largest since Snap Inc in 2017 and makes it the tenth-largest Internet IPO of all time, according to Dealogic. 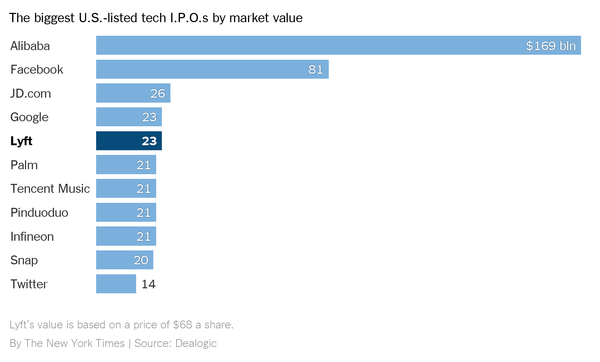 Juno Up for Sale

Juno launched its ridesharing service in 2016 with very little fanfare with 2,000 drivers in New York City and became the third-largest app-based service by market share. To attract drivers, Juno took less commission than its competitors.

To sweeten the pot, Juno offered drivers an equity stake in the company; however, the program was discontinued in 2017 following Juno’s acquisition by parent company Gett. Not too long afterward, several drivers filed a federal class-action lawsuit alleging breach of contract, securities fraud and false advertising.

In March 2019, Gett announced that Juno was up for sale for a nominal asking price.

Looking at Lyft’s Application of the Three Pillars

Founders Logan Green and John Zimmer started their company as a long-distance ridesharing service in 2007 under the name Zimride. In the summer of 2012, they began offering the first version of the rideshare program to students at Cornell University. Within the first six months, the company had enrolled 20% of the campus using Facebook to match student drivers with passengers.

The name of the company was changed to Lyft following a hackathon used to encourage daily engagement with users. In the early beginning, Lyft encouraged riders to sit in the passenger seat to overcome apprehension of getting into a stranger’s car. The company continued to find creative ways to engage with users. For example, it partnered with Walt Disney World Resort in July 2017 to offer a “Minnie Van” powered by the Lyft app.

In the early going, Lyft needed to educate its users about the service. Using Facebook, drivers and passengers could check out each other’s profiles. The company’s proprietary rating system helped educate each side about the other, making it easier for would-be passengers to see a driver’s rating and vice versa.

Unlike Uber, Lyft has kept its focus on ridesharing rather than expand into other services. Lyft has been very specific in its mission. Management believes that in the next 15 years, many consumers will ditch their cars in favor of ridesharing services or other modes of transportation. To further its mission, Lyft has invested in ventures such as public scooters and bikes. Lyft’s singular focus helped it to maintain and steal some market share in what many believed would be a winner take all ridesharing market. Ridesharing as a whole has definitely empowered users whether they use Lyft, Uber, Juno or similar services. However, Lyft has found other ways to empower drivers and passengers. For example, Lyft allows users to split the cost of rides. It also introduced a service that allows users to schedule rides up to 24 hours in advance. In March 2018, Lyft teamed up with electronic health records Allscripts, allowing healthcare providers to arrange for pick up of their patients. Finally, Lyft has invested heavily in its network of drivers by expanding into more cities and working with local authorities.

Juno’s Stumbles Highlight the Importance of the Three Pillars

The company intended to roll out its service under the radar and only granted interviews after information was leaked about beta testing in New York City in early 2016. This goes against the two of the three pillars of customer acquisition: engagement and education.

When we talk about engagement, we refer to all streams of engagement whether that is social media, PR, word-of-mouth, marketing, and promotions, etc. In avoiding the spotlight, Juno fell short of educating users about its existence and value proposition. It was already a late entrant. By 2017, the year Juno was acquired, Lyft added 100 U.S. cities, bringing its presence to 300 U.S. cities served.

In the case of empowerment, Juno attempted to compete on price, taking a lower commission than its bigger rivals.  Juno advertised itself as the “driver-friendly” and to back that up, paid drivers $25 per week just to keep its app on while they worked for other ride services. To entice riders, the company gave discounts of up to 35%. Naturally, Juno couldn’t keep it up. Despite its best efforts, Juno saw its share in the city decline as seen in the infographic below. In general, it’s never a good idea to compete on price as an empowerment tool unless you hold a dominant position in the market. There has to be more to your story than being the cheapest around. Apple wouldn’t be where it is today if it did that. As Juno found out, customers will always take what you give them.

Thank you for reading this article and I hope you found it useful. I’ll be introducing more case studies on the Three Pillars of Customer Acquisition in future articles. In the meantime, you can drop me a line at randolf@cognitre.com to share your thoughts. If you have an example of a company that won your business by employing one or all three pillars, I’d love to hear about it.