The Ugliness of Racial Discrimination in the Workplace

WHAT’S IT ABOUT? Recent lawsuits highlighting the issues facing African-Americans at some well-known companies.

KEY TAKEAWAY: Overwhelmingly, large organizations are failing at diversity, particularly at the upper echelons of management.

INSIGHT: Companies with mass market appeal would do well to ensure that their management and employee ranks represent a diverse demographic.

A Spate of Racial Discrimination Lawsuits

In recent months, several lawsuits have been filed against some of the largest well-known companies alleging racial discrimination. The following are brief descriptions of some of the allegations.

Eight African-Americans filed lawsuits against General Motors. Three of the lawsuits, all coming from GM’s Toledo, Ohio plant, allege widespread racism. The plaintiffs claim years of abusive and racist language on the assembly line, including nooses suspended in visible places, swastikas on restroom walls, and being referred to the n-word among other things. In response, GM has fired the offenders after its own investigation. However, according to the lawsuit, racial intimidation still continues at the plant.

UPS is the defendant of a lawsuit filed by 19 African-American employees also in Ohio. Workers there say they’ve been subjected to racist remarks, which include comments about Ku Klux Klan meetings, a noose, and Confederate flag hung in the company’s distribution center. The workers also claim decades-long discriminatory practices and promotions favoring white employees. The company issued a statement noting that it has fired two workers and is currently working with the Ohio Civil Rights Commission.

An article by the New York Times cited how African-American workers at Tesla Motors’ Fremont, California plant were the subject of harassment, humiliation, and threats. Information gathered from interviews, internal memos and a sworn legal statement show a pattern of threats, demeaning assignments and lack of promotion. Tesla denies the description of its workplace but does acknowledge bad actors at times for a company of its size. Nevertheless, one lawsuit filed last November in California Superior Court seeks class-action status.

Late last year, Mark S. Luckie, a strategic partner manager at Facebook stepped down from his post. Mr. Luckie penned a letter accusing Facebook of racial bias, asserting that the social media giant continually fails its African-American employees by turning a blind eye to widespread discrimination and harassment by campus security. Black employees were discouraged from joining black employee groups and even more frustrating, complaints to HR went nowhere. Despite having high rates of engagement, African-Americans only comprise 4% of Facebook’s workforce.

Racism is American as apple pie as they say and racial discrimination in the workplace runs deep. The assassination of Martin Luther King Jr. occurred during his appearance in Memphis, Tennessee to support a strike by black sanitation workers. King’s assassination occurred only a few short years following the enactment of the Civil Rights Act.

The CRA was instrumental in desegregating the workplace for the most part; however, housing and the educational system lag far behind. Large swaths of the country live in segregated communities, which breeds ignorance and racial insensitivity. Most Americans see the Civil Rights movement as largely an African-American issue, even though the CRA sought equal rights and opportunity for not just African-Americans, but women and other minority groups.

African-American workers across various professions continue to share similar stories of being passed over for promotions, having their credentials questioned, and other forms of microaggressions in the workplace.

A Lack of Diversity at the Top

According to a 2018 survey, only 3 African-Americans hold the title of CEO in Fortune 500. There are 24 female CEOs (a decline from 32 in 2017) in comparison. A survey of 16 Fortune 500 companies that report detailed demographics about their employees revealed that 73% of senior executives, men and women, are white. Rounding out the other groups, Asians comprised 21% followed by Latino at 3%, black at 2%, 0.6% two or more races, 0.2% Native American and 0.1% Native American or Pacific Islander.

As compared to the overall workforce, Asian and white workers are overrepresented in senior leadership positions as seen in the chart below. Latino and black executives are underrepresented by 9 and 13 percentage points respectively.

While the sample size is small, the data represents about 800,000 employees including CEOs. Since the remaining 484 of the Fortune 500 do not provide detailed demographics, the margin of error of 24.3% is wide and may not be truly representative of the entire group. Still, the numbers paint a very dim picture.

Minorities in executive and managerial positions don’t necessarily translate into less discrimination in the workplace. In fact, the opposite may be true.  African-Americans who make it to managerial positions often face silent hostility among white subordinates. A study of a large retail firm conducted by Berkeley University in 2009 found that “for whites alone, having an own-race manager significantly reduces the probability that dissatisfaction with the supervisor is given as the reason for quitting.” The researchers found evidence that white job-seekers preferred workplaces based on preferences for white managers.

Culturally Relevant, But Not in the Boardroom or Showroom

A Nielsen report revealed that African-American women are major trendsetters when it comes to pop culture, citing that their consumer preferences and brand loyalties influence mainstream spending habits. Apparently, Gucci, Prada, Moncler among others didn’t get the memo.

Recently, Gucci felt the ire of black social media when the fashion house decided to release their Balaclava Knit Top sweater, which looked to many (yours truly included) like blackface, a symbol of painful racist imagery. Condemnation was swift and wide with the likes of hip hop artist T.I. calling for a boycott of the Gucci even after it issued an apology. Ironically, Gucci had recently tapped Harlem’s own Dapper Dan for an exclusive clothing collection. It’s worth noting that as a group, black buying power was estimated at $1.2 trillion last year according to Nielsen Report. 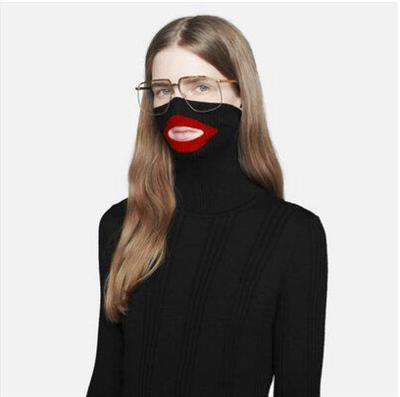 Given the insensitivity shown by Gucci, Prada and other fashion houses, it makes you wonder who were the people behind the questionable clothing line. Had there been a person of color on the design team, maybe Gucci’s offensive sweater wouldn’t have made it to production. It goes back to a lack of representation when it comes to important day-to-day decisions at the top. In the world of fashion, black culture’s influence can be seen everywhere, which is why luxury brand Louis Vuitton, tapped Virgil Abloh, creator of the very successful Off-White brand, as its new Men’s Artistic Director.

Serious Change Should Start from the Top Down

Companies often respond to allegations of racial discrimination by providing some sort of sensitivity training, using human resources as a mouthpiece and buffer. However, with more allegations coming to the surface, particularly in the age of social media, one has to wonder how effective is sensitivity training and what type of training is needed?

I remember working at a company where I was called the n-word by an Australian fellow via email. I told him off and cc’d my co-workers including the president of the company, who usually came in later than everyone else. He came into the office and didn’t utter a word about it. As the day drew on, I wondered if he was ever going to acknowledge it. Finally, later in the afternoon, he sent out an email to the prospect saying he didn’t want his business. The gesture was definitely nice, but it would’ve meant more if he would’ve taken the time to speak to me about it.

Self-help gurus always say that change starts from the inside. In the case of organizations, a change should begin at the top and spread down throughout every level of the company. In order for workplace discrimination to be taken seriously, CEOs and other corporate executives must put their necks on the line and address racism among the rank and file. Anti-discrimination policies must not only be enforced, but management should also lead by example. I wonder what would it mean to the employees of UPS if the CEO or other executives took a trip to Toledo to address the rank and file about workplace discrimination. I’m sure that would’ve meant a lot to those eight African-American employees.

In the end, everyone wants to be treated with dignity and respect no matter race, ethnicity, or gender at their place of work.

Do you have a workplace discrimination story? I’d like to hear about it. Submit your stories anonymously and I’ll share some of them in a follow-up piece. Drop me a line at randolf@cognitre.com.